from the archives of Margraf/Industria Marmi Vicentini

Synergy between material and ingenuity.

The material from the archives of Margraf/Industria Marmi Vicentini will be going on display for the first time. It includes original drawings, huge amounts of correspondence, documents about the various stages of construction, photographs, historical videos and 1:1 scale architectural features.
“Architecture and marble: synergy between material and ingenuity. Hossein Amanat and Fariborz Sahba: structural spirituality” is an exhibition that will take place from 20 October to 19 November 2017 at the Palladio Museum’s International Architecture Study Centre (CISA) in Vicenza. Visitors will be taken on an unprecedented journey through the 20th-century architectural works produced in the Middle East and Asia by two architects from Iranian backgrounds: H. Amanat and F. Sahba.

The exhibition route ends with a presentation of an innovative project by Raffaello Galiotto called Arcolitico: an experimental parabolic arch made of Fior di Pesco Carnico marble, of which Margraf owns the only quarry in the world. It is very large (12×3.5×14.5 m) and it was designed on a computer using parametric software, then processed in an entirely cutting-based procedure using a CNC wire frame. In this project, the designer has pushed beyond the traditional concept of shaping rocks by removing excess materials. He has created a complex, curved, fluted and empty form through separation: he divided the pieces and reduced waste to almost 0%. 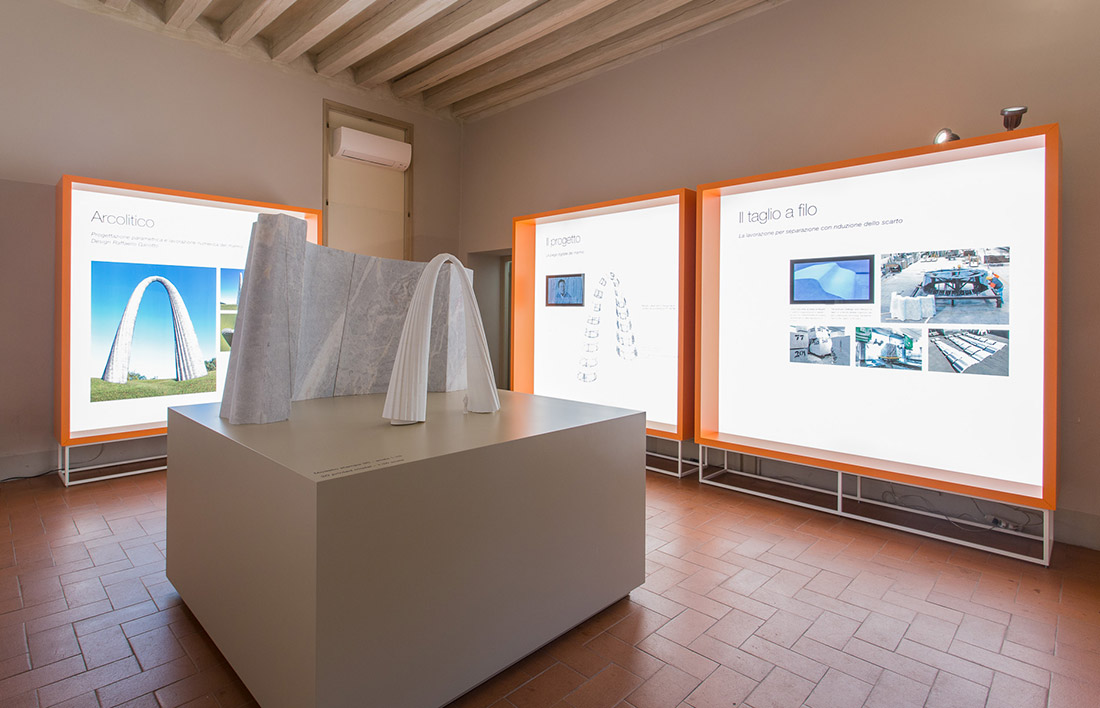